Chetana’s R. K. Institutes of Management & Research celebrated the Silver Jubilee of their heritage event Elixir on 13 September, 2017.  The theme for the 25th year of Elixir was ‘The Future House’ – referring to the factors that concern and ultimately affect the future of an organization and the impact on management as a whole. Elixir 2017 witnessed stalwarts from the industry who spoke on their intrapreneurial journey with respect to automation in their work area – the challenges and opportunities that come with it, the jugaad application of converting challenges into opportunities. 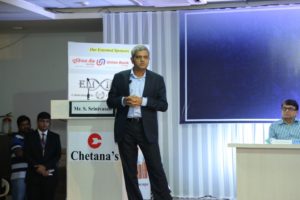 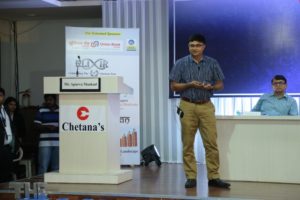 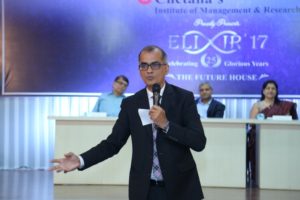 Mr. Vikas Sachdeva, CEO, ENAM Asset Management Company Pvt. Ltd. and Chetana’s senior alumni, the pioneer of the concept of Elixir 25 years ago deliberated on unconditional information sharing.
The panel discussion on ‘Startup Economy-Rising or Falling’ witnessed some veterans from the industry: 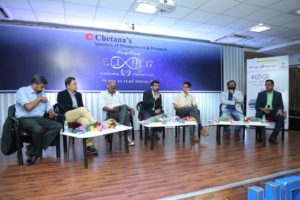 (From Left to Right)

The discussion revolved around aspects such as statistics about the startups in India, approach used by young versus old generation entrepreneurs, investment decisions by a startup, reasons behind failure of startups, prerequisites as seen by VCs for funding, the role of banks, financial institutions & government in promoting startups, the qualities required by entrepreneurs, etc. Examples of OYO rooms, Dell, Mondelez, Reliance Jio were used. The discussion concluded with tips for the students which included right knowledge, not to give up, consistency, perseverance & patience. All members agreed that it is a good time for startups in India. 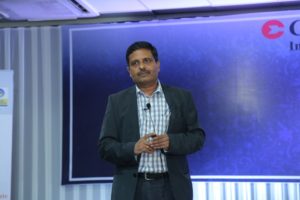 The concluding session on ‘Fortune at the bottom of the pyramid’ met all expectations, as Mr Mangesh Wange, COO, Swades Foundation spoke about building lives and livelihood. The performing arts shows and role plays added enjoyment to enrichment.

The historical journey of Elixir 2017 was captured in an alluring video for posterity.